Bonnie Dumanis for County Board of Supervisors 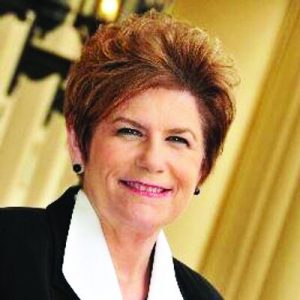 Lawyer, Prosecutor, Judge, and District Attorney are titles Bonnie Dumanis previously held during her career of public service; now, she’s a candidate for the County Board of Supervisors in hopes of continuing to serve the residents of San Diego County.

Many people remember Dumanis as the County District Attorney on the high-profile cases of Amber Dubios and Chelsea King in 2010. When both of those young women went missing, Dumanis and her staff, along with law enforcement officers from the Sheriff Department, San Diego Police, and the FBI worked to find them and their killers.

When a suspect in King’s killing was arrested, Dumanis helped broker the deal that led the suspect to admit to also killing Dubios, and he led police to her body that might not have otherwise been found. The suspect pled guilty in both cases and is now serving two life sentences without the possibility of parole.

Now, eight years later, Dumanis has stepped down as the District Attorney and is running for the 4th Supervisorial District, encompassing the areas of La Jolla, Kearny Mesa, North Park, Downtown, Encanto, and Skyline.

“I understand how the County government works and I know I can better represent the residents of my district and the entire county,” Dumanis said.

Although she’s most remembered as a lawyer, the study of law was not Dumanis’ first career choice.
“I was in college and wanted to be a teacher,” Dumanis told La Prensa San Diego during a recent interview. “But I was living with some law students during college and that experience led me to want to become a lawyer, too,” she added.

After graduating from the University of Massachusetts Amherst near her native Brockton (25 miles south of Boston), Dumanis moved to San Diego to attend Western State School of Law, which is now Thomas Jefferson School of Law.

But her career at the District Attorney’s office didn’t start off as people might expect.

“I was first hired as a typist while I was studying law at night,” Dumanis admitted. “I eventually moved up to an assistant, and then became a prosecutor after I graduated from law school and passed the state bar.”

During her tenure in the District Attorney’s office, Dumanis handled all sorts of cases, from drug and gangs to murders.

“I had handled so many domestic violence cases as a prosecutor so I knew we had to deal with those cases differently,” Dumanis said about her creation of the Domestic Violence court. “Victims of abuse needed to be taken care of better,” she added.

Then, in 2002, Judge Dumanis ran for District Attorney against incumbent Paul Pfingst. After a tough campaign, Dumanis won the election by less than 1% of the vote.

Dumanis ran for re-election in 2006 and 2010 without drawing any opponents, then faced two opponents in her re-election in 2014, but still won in the primary election by garnering more than 55% of the vote.
It was in 2009 and 2010 that the Dubios and King cases became national news. First, Amber DuBois, a 14-year-old Escondido student, went missing in February 2009. Her body was not found.

Then, one year later, 15 year old Chelsea King disappeared near Poway, triggering a huge search for her body. When her remains were found, DNA led investigators to John Gardner, a 31 year old who had previously served 5 years in prison for molesting a 13 year old neighbor.

After Gardner’s arrest, District Attorney Dumanis helped negotiate the deal where Gardner admitted to killing both girls, and would lead them to Dubois’ remains if prosecutors agreed not to seek the death penalty.

In the end, the King family supported the plan to help bring closure to the Dubois family.
After striking the deal, Gardner led police to a shallow grave near the Pala Indian Reservation. Amber’s remains were recovered.

Gardner then plead guilty to kidnapping, raping, and killing both girls. He was sentenced to two life terms plus 24 years without the possibility of parole.

“I believe it was the best outcome for both families to have closure,” Dumanis said. “It saved both families the pain of two long, public trials that would have brought up all the hurt again,” she concluded.

Dumanis has been inducted into the Women’s Museum of California’s Hall of Fame for her legal career and achievements, but she still maintains a shy sense of humility.

“I grew up in a family where my dad was a truck driver,” Dumanis points out with a hint of a Boston accent still present. “We were blue collar, not rich, and I’m humbled by the trust voters have placed in me over the years.”

Bonnie Dumanis is on the November 6 ballot for County Supervisor District Four. Her opponent is former State Assemblyman Nathan Fletcher.