Meth Remains the Drug of Choice in San Diego 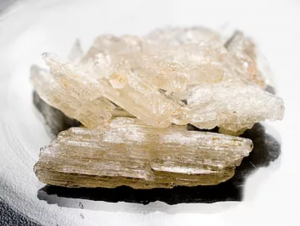 While much of the country is experiencing an opiate crisis, methamphetamine (meth) is still the drug of choice in San Diego County for adults in the justice system, according to a report released by the SANDAG Criminal Justice Research Division this week.

The new SANDAG report, CJ Bulletin: 2017 Adult Arrestee Drug Use in the San Diego Region is one in a series of reports highlighting findings from data collected as part of the San Diego County Substance Abuse Monitoring (SAM) program.

This report follows the CJ Bulletin: 2017 Juvenile Arrestee Drug Use in the San Diego Region released by SANDAG last month, which found that marijuana was the first substance ever tried among the more than half of the juveniles surveyed, before alcohol and tobacco, in 2017.

The SANDAG Adult Arrestee report found that drug use is at an 18-year high for males, representing almost four in five arrestees who were interviewed.

According to the report, 79 percent of adult male arrestees tested positive for at least one illicit drug, which includes marijuana, meth, cocaine, opiates, and PCP. This is the highest percentage recorded since 2000 and has increased 4 percent from the previous year (2016).

Also, 73 percent of adult female arrestees tested positive for an illicit drug. This was the fourth highest recording since SANDAG began surveying this demographic.

Both juvenile and adult arrestees who participate in the Substance Abuse Monitoring (SAM) program and report meth use in the past 30 days are asked to answer additional meth-related questions.

Data is collected from this portion of the survey and is used in the SANDAG CJ In Brief: 2017 Methamphetamine Use by San Diego County Arrestees. This report, which was also released this week, is the third in the series of CJ Bulletins, In Briefs, and Flashes for this program.

Other meth related findings include: 38 percent of males and 30 percent of females tested positive for multiple drugs – nine in 10 of these individuals were positive for meth and something else.

According to the report, more than half of adult users surveyed (52 percent) said it was “very easy” to obtain, and 98 percent of arrestees surveyed obtained meth in San Diego County.

The average adult meth user, who has been using for at least 14 years, admitted to using three times a day and seven days in a row in the past month.

“While the San Diego region has been fortunate in that we have not been devastated by the opiate crisis to the same degree as other jurisdictions, the bad news is that despite our coordinated efforts, meth use locally is higher than it has ever been,” said SANDAG Criminal Justice Research Director, Cynthia Burke. “Meth today is cheaper, more potent, and readily available than ever. It is important that our communities continue to keep this drug issue at the forefront and that prevention, treatment, and suppression efforts are a priority across the county.”