The 1st Protects Discussing the 25th 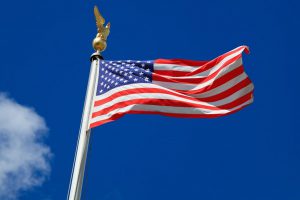 The former acting director of the FBI admitted last week that he and other top government officials openly discussed the possibility of removing Donald Trump from the presidency.

The revelations about top federal law enforcement officials discussing the removal of the President shocked many people, and drew harsh reactions from Trump’s supporters, including several Fox News personalities.

Donald Trump himself called the news “treasonous”, “illegal”, and he retweeted a Fox & Friends commentator that called it “an illegal coup attempt on the President of the United States.”

Andrew McCabe, the former FBI Director that made the disclosure, asserts that he was concerned that Trump was operating under the control and direction of Russia’s Vladimir Putin. Trump’s disregard for US intelligence assessments and his seemingly blind allegiance to Putin concerned the FBI’s counter-intelligence officials.

McCabe launched an investigation into Trump after meeting with him just days after Trump fired FBI Director James Comey.

As unusual as this entire story may seem, it’s actually not as scandalous as Trump and Fox News want to make it seem.
First, some definitions.

A “coup” is a sudden, violent, and illegal seizure of power from a government, usually accomplished by military force.

“Treason” is the crime of betraying one’s country, especially by attempting to kill the sovereign or overthrow the government, and in the US, is defined in law as “levying war against [the US]” or in giving aid and comfort to enemies of the US in time of war.

And “illegal” is something clearly in violation of a law.

Taking Mr. McCabe at his word, the most senior FBI agent at the time believed that the President of the United States was acting in a way that led McCabe to believe the President was comprised by a foreign country. He immediately suggested initiating an investigation.

McCabe then discussed his concerns with other law enforcement officials, including Deputy Attorney General Rob Rosenstein, who would later oversee Special Counsel Robert Mueller’s investigation into Russia’s meddling in the 2016 elections.

And before he launched the probe, McCabe ran it by the “Gang of Eight”, a bipartisan group of Congressional leaders that included Republican Speaker of the House Paul Ryan, Republican Senate Majority Leader Mitch McConnell, and Democrats Nancy Pelosi and Chuck Shumer. None of them objected to McCabe’s plan.

McCabe also admitted that the investigators and Rosenstein discussed which members of the President’s Cabinet might have agreed with them that Trump was compromised.

What McCabe and the others didn’t do, however, was advocate for a violent act against the President. Instead, the openly discussed using the protections of the very Constitution they had all sworn to uphold.

The 25th Amendment, passed by Congress in 1965 and finally ratified by the states in 1967, created a mechanism for removing or replacing the President or Vice-President.

Before 1967, the Constitution was vague on how to deal with a vacancy of the President and VP, and offered no process for dealing with a President that became unable, or unfit, to serve.

The 25th not only deals with vacancies created if the President is impeached, dies, or resigns, but also created a process where a President can be declared “unable to discharge the powers and duties of his office”.

That’s the law of the land, as they say.

What McCabe and others did was to openly discuss their concerns and the possibility that a function of the Constitution might have been needed to protect the country from what they viewed as a President unable or unfit to serve.

It was McCabe’s freedom of speech protected by the 1st Amendment that allowed him to even contemplate invoking the 25th Amendment. It was the power and protections of the same document that allowed both things to be possible.

Sure, Trump must have been upset when he heard that the highest ranking FBI agent suspected he was acting as a Russian agent.

He must have wanted to fire anyone even remotely connected with such conversations, and that’s his prerogative. (He did eventually fire McCabe one day before he became eligible for his pension.)

And surely he wants to send a message to others still in government that may harbor such ideas that they shouldn’t even consider trying to remove him.

But, Trump has again resorted to words that more resemble a third-world dictatorship and not the oldest democratic society on Earth.

McCabe didn’t advocate open rebellion against the United States, or called for assassinating Trump. McCabe did what he was trained to do; access a situation and initiate a legal investigation to get to the truth.

Merely discussing the use of the 25th Amendment is not treason, a coup, or illegal. It’s a protection passed by Congress, ratified by the states, and now enshrined in the Constitution right along with the freedom to keep and bear arms, freedom of the press, and speech.

As much as any President may not like it, the Constitution protects us from an oppressive government, and offers us a way to lawfully and peacefully protect ourselves from a President that may not be able or fit to serve.

The 1st Amendment protects the right to consider the 25th Amendment, because without it, it could lead to using the protections of the 2nd Amendment in armed conflict or uprising.

McCabe and others should not be condemned for having discussing the 25th Amendment.

They did what we all should do: question authority in peaceful and legal ways that best advance the principles of the Declaration of Independence and protections of the Constitution.

Anything less would be to abandon the ideals of our free democracy, of a people that choses its government, not merely accepts one forced upon us.