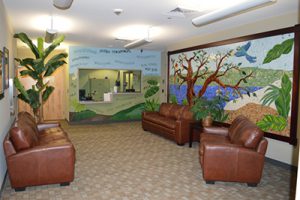 The San Diego Family Justice Center has expanded its mission of assisting victims of domestic violence to include victims of sex trafficking.

The expansion announcement was made at a launch event hosted by the Lynch Foundation for Children, a San Diego nonprofit that is a Family Justice Center partner and has been fighting human trafficking since 2014. The event held at the Digital Gym Cinema in San Diego’s North Park neighborhood was attended by survivor leaders, service providers, community residents, San Diego Mayor Kevin Faulconer, San Diego County District Attorney Summer Stephan, and Lynch Foundation for Children founder and board chairman Bill Lynch. A short film was shown to promote the SDFJC’s anti-trafficking services.

“In offering these new services, we are responding to a need,” said City Attorney Mara W. Elliott. “We discovered that many of our domestic violence clients have also been trafficked for sex. That’s why the SDFJC is bringing on new, specialized community partners to ensure that any victim who walks through our doors gets the specific kind of support they need.”

Services such as counseling, legal advice, forensic examinations, and workforce readiness support are available to help victims break free from a life of violence and become thriving, self-sufficient survivors.

“There’s no judgment at the Family Justice Center,” said SDFJC executive director Yvette Lopez-Cooper. “We offer services free of charge, no questions asked, to anyone in need. We provide a safe place for victims of sexual exploitation and their families to reclaim their lives, seek justice, and begin healing.”