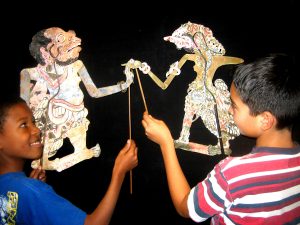 The City of San Diego’s Commission for Arts and Culture announced awards to 147 nonprofit organizations for fiscal year 2019 which totaled $11.4 million in funding.

With approval of the Mayor and City Council, the Commission annually supports the cultural sector through funding for local nonprofits in exchange for arts and culture services (e.g., performances, exhibits, parades, festivals and creative experiences) offered to the residents and visitors of San Diego.

Funding for both programs comes from the local allocation of Transient Occupancy Tax (TOT), which is collected from visitors who stay overnight in hotels, motels and other similar accommodations.

“The Commission’s programs to cultivate the arts and culture sector continue to flourish, and we are thrilled to be able to support nonprofits during the coming fiscal year,” said Commission Interim Executive Director Christine E. Jones. “Our support provides expanded access to the arts, fosters economic growth in San Diego’s neighborhoods and enhances the work of artists and nonprofits.”

The City of San Diego Commission for Arts and Culture was established in 1988 to advise the Mayor and City Council on promoting, encouraging and increasing support for the region’s artistic and cultural assets, integrating arts and culture into community life and showcasing San Diego as an international tourist destination.

According to the Arts and Economic Prosperity 5, an arts industry economic impact study conducted by Americans for the Arts, the San Diego nonprofit arts and culture industry generates $1.1 billion in annual economic activity.

San Diego nonprofit organizations support 35,914 full-time equivalent jobs and generate a notable $116 million in local and state government revenues, according to the study.

For fiscal year 2019, 97 nonprofits will receive funding from OSP and 50 from CCSD. One of the nonprofits awarded is the Media Arts Center San Diego, which mission is to provide new media tools and channels to create equitable and engaged communities where underserved voices are heard. The vision of this nonprofit is to change lives and perspectives through media arts. Media Arts Center San Diego promotes access to film and video to diverse communities with marginalized voices, and supports professional development of media arts. This organization also endorses the inclusion of diverse voices in media arts and promotes access to and use of media technology.

Other nonprofits awarded include the New Americans Museum, Old Globe Theatre, the Museum of Contemporary Art San Diego, the Museum of Photographic Arts, Playwrights Project, Opera NEO, among others.