Elected officials and the Democratic Party continue to campaign for a deceased candidate for the position of City Attorney for Chula Vista in a move that could cause an expensive special election early next year to fill the role of the City's lawyer.

Candidate Simon Silva, who at the time of his death on September 3rd was a deputy City Attorney, was the endorsed candidate of the Democratic Party, even though the position is technically a non-partisan seat. Silva had battled cancer for more than a year. 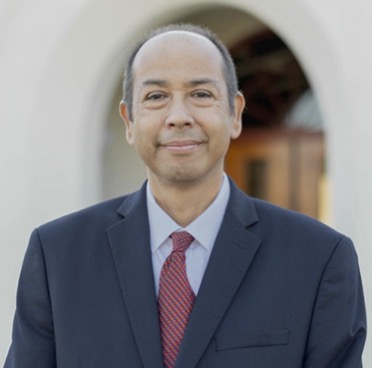 Silva passed away less than 68 days before the November 8th election, so, under state elections laws, his name must still appear on the ballot.

The remaining candidate in the race, Dan Smith, is local defense attorney who ran for a seat on the City Council in 2014.

Silva, 56, had worked within the Chula Vista City Attorney's office for 12 years and was running to replace his boss, current City Attorney Glen Googins, who cannot run again after serving three four-year terms.

If Smith receives more votes in the upcoming election, he would be elected to replace Googins and would take office on the first Tuesday of December.

But, if Silva receives more votes in the election, his absence would immediately create a vacancy which the City Charter requires be filled by a special election because more than half of the four-year term would still be unexpired. The City Council can use an appointment to fill vacancies on the Council or for City Attorney only when less than half a full term is still unexpired.

Although Googins was barred from running for re-election under the City's term limits, his term "shall continue until a qualified successor takes the oath of office", according to the City's Charter.

That would essentially mean that Googins would remain in his role as City Attorney until someone is duly elected without any necessary appointment or confirmation by the elected City Council. The Charter requires that a vacancy be called by the City Council and then a Special Election be set for no more than 120 days later.

Given the date of the election in November, a Special Election could be called, if necessary, sometime before the first week of April 2023.

Democrats continue to support Silva's candidacy in hopes of blocking Smith from winning the seat where he could serve for up to eight years under the City's term limits. A special election would allow another Democratic candidate to run for the open seat.

Smith, a registered Republican, has the endorsement of the San Diego County Republican Party.

This week, Smith issued a cease and desist letter to the San Diego County Democratic Party (SDCDP)  claiming that its continued campaigning for a deceased candidate is "misinformation."

"My fellow Chula Vista taxpayers and I are aware, or have been made aware, that the SDCDP is spreading misinformation in print and digital formats advocating that voters cast their ballots for Mr. Silva without informing them he has tragically passed away and is therefore not able to carry out his duties should he win in November," Smith wrote. "Additionally, the SDCDP is failing to inform voters that a win by Mr. Silva would require a two million dollar special election funded by taxpayers."

A campaign mailer sent to Chula Vista voters this week by the San Diego County Democratic Party includes over 20 endorsed candidates from Governor to school board members, city councils, and ballot propositions.

The Democratic mailer includes Simon Silva for City attorney in two places, but no where in the mail piece does it mention that Silva is deceased and could not take office, or that his election would force a costly special election. 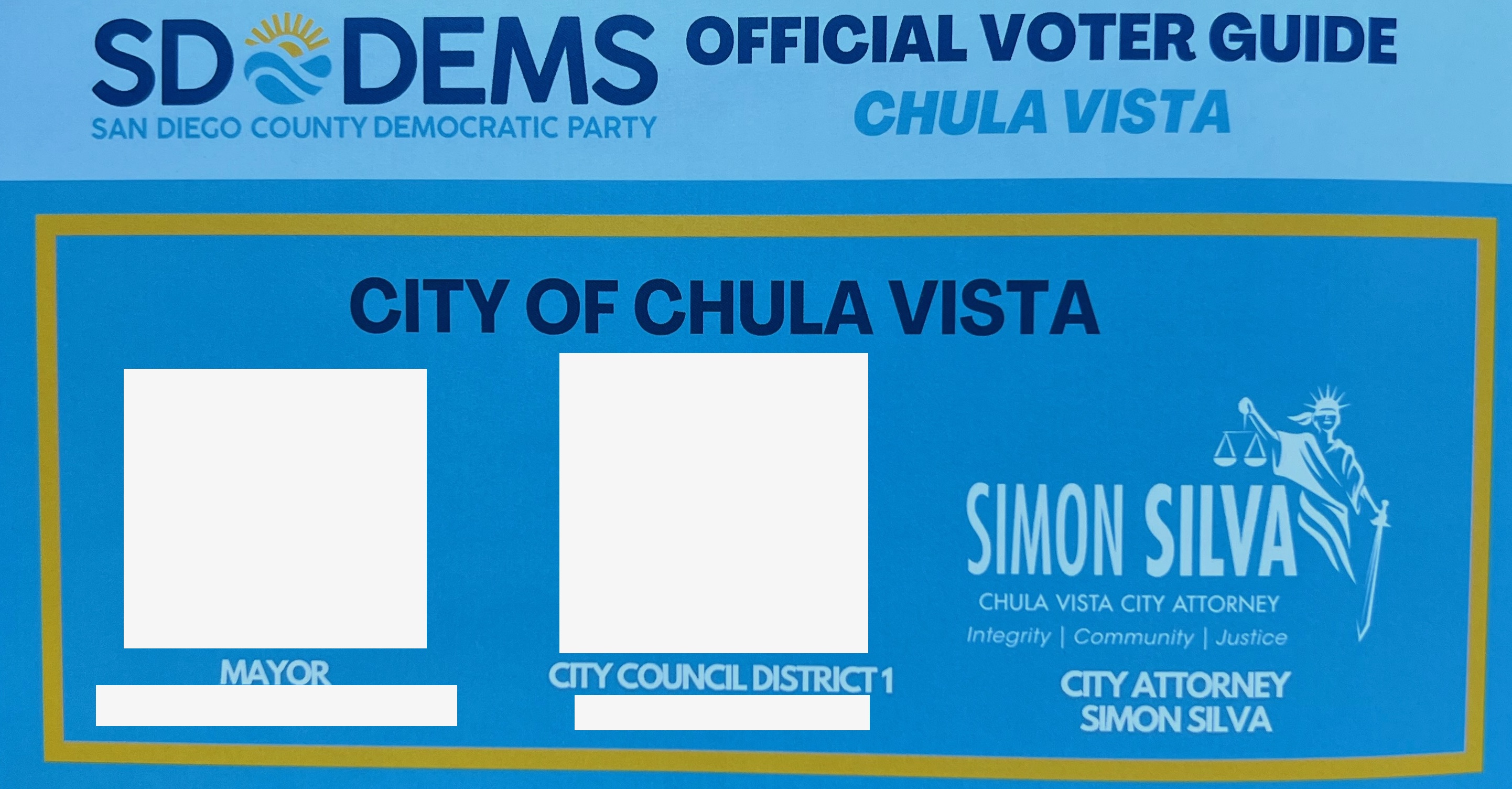 The mailer was paid by the San Diego County Democratic Party.

The Interim Chair of the San Diego Democratic Party did not respond to multiple requests for comment on their continued support of Silva.

Each member of the City Council and current City Attorney Glen Googins were asked if they endorsed Silva before his death, and if so, if they continue to support his candidacy knowing his victory would force a special election.

At the time this story was published, Councilmembers John McCann and Jill Galvez responded saying neither one had endorsed Silva.

Chula Vista Mayor Mary Casillas Salas, who is listed on Silva's website as an endorsement, responded to a request for comment for this article by writing, "No comment."

Silva's campaign website is still active at simonsilvaforcityattorney.com without any mention of his status, and his name and biography still appear as "Simon Silva, Deputy City Attorney" on the Chula Vista City Attorney's official government website.

The position of City Attorney is on the November 8th election ballot.