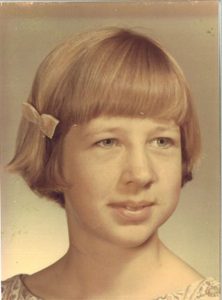 More than half a century has gone by in San Diego County, and authorities still have not been able to decipher who murdered a Poway teenager.

Until her murder when she was just 14, Nikki Benedict had grown up as a typical small-town Southern Californian, surrounded by her brothers and sisters. To this day, investigators have yet to find conclusive evidence that could lead them to her murderer.

According to investigators and witnesses interviewed back in 1967, Benedict started back home from a friend’s house about a mile away at around 6:15 p.m. Sometime between then and 6:30 p.m., she was stabbed and left to die. An 11-year-old boy found her lifeless body at 12784 Poway Road.

At the scene, the investigation found signs that Benedict attempted to defend herself but was overpowered by her aggressor. One witness remembered seeing a white man fleeing the scene, but none of the interviews or investigations were able to identify a potential suspect.

Now, 51 years later, Nikki’s family continues fighting for justice and answers. Every day they ask themselves why this happened to her, and thoughts of the wonderful future she could have had make their days more difficult to bear.

“Imagine living the rest of your life with this kind of violent, senseless murder. There are no motives; imagine living your life like this, you’d want to know,” said Nikki’s sister Marianna Bacilla.

Bacilla, who for many years has fought for answers in her sister’s case, opened a “Nikki Benedict Memorial Page” on Facebook in 2012, hoping it will lead to solving the crime and for her legacy to be a positive influence. 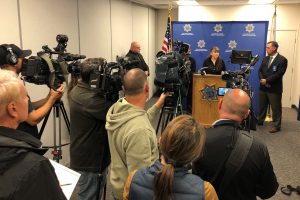 Although she was very young at the time, Bacilla remembers running through the house with her sister, watching her draw near a small desk, and dreaming of becoming a mechanical engineer, a dream she never got a chance to pursue.

After many investigations over the past 50 years, the Sheriff’s Department says that now more than ever they need the support of the San Diego community, adding that they have kept every piece of evidence in case some detail can help solve the crime.

“We never get rid of evidence in homicide cases. We always keep it in the hope that something can be resolved,” said San Diego Sheriff’s Department Sergeant Alejandro Navarro.

On May 1, exactly on the anniversary of young Nikki’s death, the Sheriff’s Department reminded the community of the importance of getting involved in the investigation and offered a $1,000 reward to anyone with information that leads to an arrest in this case.

“If people saw something that they still remember, I know it’s been 51 years, but if there is a lead they could tell us, the family is still very interested in finding out what happened to their loved one,” they said.