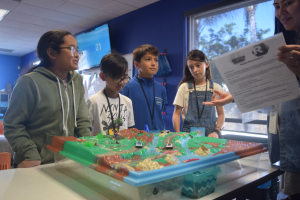 As many water districts in San Diego County experience a wave of employee retirements due to age, South County-based agencies Otay Water District and the Sweetwater Authority have joined forces with the Chula Vista Elementary School District (CVESD) to inaugurate an educational center where children can learn about the importance of water in nature and jobs in the water industry.

Hydro Station opened its doors this Thursday, Aug. 15, to its first group of fifth graders. The learning space is the first of its type in all of California and is home to technology, exhibits, and hands-on activities designed to fifth graders about the role of water in nature and in the job market. An estimated 4,500 students will visit Hydro Station annually.

Varied learning activities visiting children will have the opportunity to engage with include pouring water down a diorama to map its flow, creating art projects, creating water structures in computer programs, and engaging in scientific conversations with peers and a teacher guide. 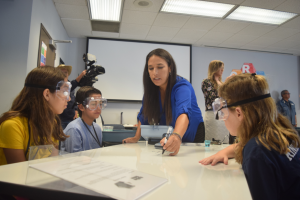 “Hydro Station introduces our students to the world of work in the water industry and inspires them at an early age to consider careers in science, technology, engineering, art, and mathematics,” said CVESD superintendent Francisco Escobedo. “With this center we expose students to careers that can change the trajectory of entire families, which students might not have thought were possible.”