The US Treasury Department and the Small Business Administration (SBA) refuse to release all of the names of companies that received federal bailout funds from the Paycheck Protection Program (PPP), but reports show companies connected to at least four Members of Congress received some of the funds they themselves approved.

Four companies with ties to Congressmembers applied for and received emergency loans designed to help companies retain workers during the COVID-19 pandemic, but others may have as well.

Two Republican Congressmembers have spouses that own companies that received PPP loans. Congresswoman Vicky Hartzler from Missouri and her family own multiple farms and equipment suppliers across the Midwest. The company received funds from the PPP. 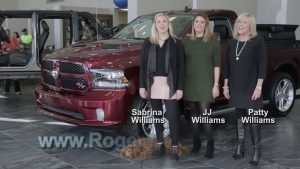 Roger Williams of Texas, one of the wealthiest members of Congress with a net worth of over $27 miilion, owns auto dealerships, body shops, and car washes. His self-named ‘Roger Williams Chrysler Dodge Jeep’ dealership in Weatherford, Texas received a PPP loan. His wife works for the dealership and his two daughters appear with her in television commercials for the car stores.

Two Democrats have also been connected to companies that received bailout funds, although in both cases, the companies are not owned by the members or their husbands. The first is Congresswoman Susie Lee of Nevada, whose husband is the President and CEO of a publicly-held Nevada casino development company that received a $5.6 million PPP loan.

The other is Congresswoman Debbie Mucarsel Powell of Florida, whose husband is a vice-president at a restaurant chain that received a $10 million PPP loan. The publicly-traded company, which employs over 10,000 workers in Florida and is valued at over $189 million, decided to return the loan proceeds to the program.

Democrats in Congress have been pushing for the release of the names of all companies that received loans under the program to ensure complete transparency and auditing, but both the Treasury and SBA have refused to comply. Republicans argue that the measure would essentially “name and shame” businesses who receive PPP loans.

Critics contend that disclosure in necessary to ensure transparency and avoid corruption that could occur when billions of dollars are being distributed without oversight.

Last month, a bill on the House floor to release the company names of companies that received $2 million or more in loans was blocked by 146 Republicans, including Congressmembers Hartzler and Williams whose companies received PPP loans. Both Congresswomen Lee and Mucarsel voted for the measure.

“This is the largest distributor of taxpayer money in human history, and we need to ensure taxpayers know where it’s going,” the author of that bill, Congressman Dean Phillips, said in an interview. Phillips said his bill “was not written to expose members of Congress, because frankly, I expected members of Congress to be forthright and transparent to begin with,” he added.

The four Congressmembers stress that the loans were secured through the proper loan application process and that they were not involved in securing the loans.

Nothing in the legislation that created the PPP restricted Congressmembers from participating in the program, but the bill did prohibit President Trump’s businesses from receiving bailout funds.

The PPP program is part of the $2.2 trillion CARES Act that sought to help small businesses and individuals through the pandemic.

“My simple, but very strong belief is that taxpayer dollars — when distributed by Congress and the executive branch of our government — should be transparent and subject to accountability,” Congressman Phillips said. “Plain and simple.”

The Senate has made bipartisan efforts to force the release of PPP recipients. Senator Marco Rubio (R-Fla.), as Chairman of the Small Business Committee and the lead architect of the PPP, signed a joint letter with Senator Ben Cardin (D-Md.) asking the Trump Administration to adhere to SBA disclosure practices and release the names and other details of PPP borrowers. In April, Senator Rubio said “the bottom line is we’re going to know one way or the other who got this money.”

After the initial round of $347 billion in PPP funds was exhausted in April, reports surfaced that publicly-held companies had secured billions in loans that were intended to help small businesses retain workers during the crisis. Shake Shack restaurants, which has a market valuation of over $1.8 billion, received a $10 million PPP loan; Ruth’s Hospitality Group, owner of Ruth’s Chris Steakhouses, received a $20 million PPP loan despite its nearly $250 million stock value. In total, about $500 million were secured by large public companies, many of which have agreed to return or not accept the loans.

The PPP program provides loans that require employers to spend at least 75% of the money on “payroll costs” to retain workers. If companies comply, the loans will be forgiven by the SBA. Under the additional funds provided for the PPP, the required amount for “payroll expenses” was reduced to 60% to qualify for loan forgiveness.