Congressional Republicans Sacrificed Themselves for Trump 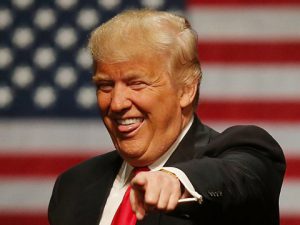 The complete capitulation of Republicans at the feet of Donald Trump was on full display Wednesday when Michael Cohen testified before Congress.

Cohen, as everyone knows, was Donald Trump’s personal lawyer and admitted “fixer” for over 10 years before he was charged last year with various crimes, including tax evasion, violating campaign finance laws, and lying to Congress during his previous testimony.

He has admitted he negotiated hush money payments to two women that claim to have had affairs with the married Trump before he was President but in an attempt to protect Trump during the campaign.

Cohen plead guilty and will serve up to three years for his crimes, but during the past several months has met seven times with the prosecutors as part of his sentencing agreement to provide testimony and evidence in on-going investigations.

When Cohen testified before Congress last year, he stated that he worked on developing a Trump Tower project in Moscow between 2014 and 2016. At the time, Cohen testified that they ended those discussions early in 2016 before Trump won the primaries and later the presidency.

Cohen’s testimony was in line with various statements made by Donald Trump, White House spokesperson Sarah Huckabee Sanders, and Donald Trump, Jr. that the project was abandoned before the election.

Later, when confronted with evidence by the Special Counsel, Cohen admitted that negotiations on the Moscow project continued through the end of 2016, right up to Trump’s election as President.

Even Trump and his TV attorney Rudy Giuliani have now had to admitted the Moscow project was still active throughout 2016, during the time that Russians were interfering with the election and obviously helping Trump by hurting Hillary Clinton.

Cohen agreed to testify before Congress this week to provide more details on his experiences with Trump over 10 years of working closely with him. During his testimony, Cohen provided financial documents from the Trump Organization, as well as a check from Trump’s personal account and signed by Trump himself in 2017 as part of the reimbursement to Cohen for the hush money payment to Stormy Daniels.

Under Cohen’s sentencing agreement, he must continue to cooperate with prosecutors on various continuing investigations, and, of course, he cannot lie to them without facing additional penalties.

During his testimony under oath and under penalty of perjury, Cohen admitted he had previously lied to Congress in order to protect Trump and that Trump’s lawyers had reviewed and approved his written testimony before he gave it.

Democrats asked Cohen about his interactions with Trump on the hush money payments, and Cohen answered that Trump knew about and directed him to make the payments, directly contradicting what Trump has said publicly.

Several questions and answers centered on fraudulent financial statements Trump’s company provided to banks, as well as Trump purposely understating the value of his properties to illegally reduce his tax payments.

But, every time Republican committee members addressed Cohen, they spent their entire time attacking him and calling him a liar. They directly dismissed Cohen as an unreliable witness because he previously lied to Congress, with one of the Republicans even using the children’s rhyme, “liar, liar, pants on fire!”

They are right; Cohen lied to Congress during his first testimony.

But what did he lie about?

Cohen is guilty of lying to align his testimony with what Donald Trump was saying publicly. He lied to protect Trump. He lied in loyalty to Trump. He lied about lies.

It has now become clear that everyone related to the Trump Moscow project lied, including Donald Trump himself.

Why didn’t any of those people complain when Cohen lied to Congress last year if what he was saying was a lie? It’s clear his lies helped Trump and were even approved by Trump’s lawyers.

This week, as Cohen sat before Congress, he knew exactly what the prosecutors of the Special Counsel and Southern District of New York know and can prove. He knew he could not lie anymore or he would face further prosecution.

Cohen, a hugely flawed man, filed false tax returns and lied to banks for his own financial gain and those crimes were not committed for Trump’s benefit. That’s undisputed.

But Cohen was also convicted of violating elections laws by hiding hush money payments to the two women claiming affairs with Trump. Those clearly were not for Cohen’s personal and financial gain, but for Trump’s benefit. Cohen can prove he was reimbursed by Trump for those payments, and that’s illegal.

Cohen has been convicted for the illegal campaign contributions but Trump has not, even though he was the organizer and beneficiary of them.

Cohen has lied, but, contrary to what Republicans implied this week, Cohen’s testimony was not the first time that a known liar or felon swore to tell the truth before a Congressional committee.

In June 1973, White House Chief of Staff John Dean testified before the Senate Watergate Committee and explained his involvement in providing hush money payments to the Watergate burglars, exposed President Nixon’s “enemies list”, and disclosed private conversations with the President.

Just two months later, Dean was sentenced to up to four years in prison for his crimes. The next year, Nixon was forced to resigned from the Presidency. He was a liar turned witness.

In 1963, Joseph Valachi, a hitman for the Genovese crime family, testified before a Senate committee investigating organized crime.

Although he was a known mafia soldier, Valachi helped expose the organization and inter-workings of the mob that led to the prosecution  of several mafia leaders, and he is even credited with popularizing the term “Cosa Nostra”. The mafia called him a “rat” for testifying.  (Ironically, Donald Trump has called Cohen a rat for testifying, too.)

And nearly every criminal prosecution of drug dealers, gang members, and mobsters rely on the testimony of criminals, felons, and even murderers. Without the information provided by insiders, or rats as they’re called by the bigger crooks, many more criminals would not have been brought to justice.

Michael Cohen committed financial crimes and tax evasion. His conduct in support of Donald Trump was also illegal. He will report to prison on May 6 to serve up to three years to pay his debt to society.

But Cohen’s testimony this week shouldn’t be dismissed outright just because of his precious bad acts.

Under his conviction and cooperation agreement, Cohen is very tightly monitored by federal prosecutors. Any crimes, perjury, or lies before Congress would only lead to more time in prison, and more personal and financial damage.

So Cohen has no reason to lie to Congress, and instead, a tremendous amount to lose in doing so.

Republicans in Congress squandered their opportunity to try to get to the truth because they were too worried about who would be damaged by the revelations. They have again failed to exercise their independent authority as a check on the Executive Branch. They put party before country.

Congressional Republicans chose to run interference for Trump, and did his dirty work by attacking Cohen in an attempt to discredit him and further protect the President.

Not one asked questions that would or could get to the truth. They sacrificed themselves at the altar of Donald Trump with the same kind of blind loyalty that Cohen himself once practiced.

Those members of Congress should consider what that sort of blind loyalty led Cohen to do for a man that has never reciprocated loyalty to others.

House Republicans had a chance to set partisan politics aside in furtherance of the truth, but instead they expect the public to believe that the little guy who lied to protect his boss is the real bad guy.

Cohen threw away his career and soon his freedom because of his loyalty to Trump, but he may very well not be the last.