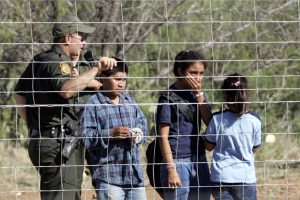 The recent deaths of Guatemalan children in migrant detention centers in the United States and Mexico are “the most forceful expression that these places generate cruel and inhuman conditions, where life itself seems to be the least important”, said Rafael Alonso Hernández, coordinator of the migration studies doctoral program at Tijuana’s Colegio de la Frontera Norte institute.

On Monday, May 20, Carlos Hernández, a 16-year-old Guatemalan, died in a migrant detention center in Texas. With this, there have been five deaths of minors detained at the United States-Mexico border since December.

The first took place in December 2018, when Jakelin Caal Maquin, a seven-year-old girl, died of sepsis, a bacterial infection. That same month, eight-year-old Felipe Gómez Alonzo died of flu complicated by sepsis. Juan de León Gutiérrez, age 16, died in April 2019 due to causes related to stress, and a two-year-old boy died in May.

Carlos Hernández remained in detention for six days, even though U.S. federal law indicates that migrant children are supposed to be transferred to shelters within 72 hours.

The U.S. Customs and Border Protection Service briefly closed the migrant processing center in McAllen,Texas following the death of Hernandez and the discovery of 32 migrants with signs of a flu-related illness. Some were taken to hospitals and others are in enclosures at the Border Patrol station.

Meanwhile, in Mexico City, Alexandra, a 10-year-old Guatemalan girl in custody of Mexico’s National Institute of Migration, died on Wednesday, May 15, in a migrant detention center.

The girl had been transferred with her mother to the migrant station in Iztapalapa, in central Mexico, from the northern state of Chihuahua.

Officials pointed out at at first that she had a sore throat, but concluded that the death had resulted falling from the bunk bed where she slept.

“The case is troubling in the United States as in Mexico”, said Hernández. “U.S. detention centers for migrants are openly designed as punishment sites, however, while in Mexico, they use euphemisms, they are called migratory residences, but they are places that do not have the conditions to treat adults with dignity, much less children and youths”.

He said that it is an issue that has to be on the international political agenda, so that these unfortunate events do not continue to take place, because they reveal the unwillingness of the governments of both countries to solve the problem.

He assured that almost six months after the new federal administration began, Mexico has not had the conditions to turn from words to deeds as announced with the Development Plan for southern Mexico, El Salvador, Honduras, and Guatemala, and whose continuity was revealed by Mexican President Andres Manuel Lopez Obrador last Monday, May 20.

“These initiatives have failed to take place in clear, forceful and effective actions, because the Mexican government has been in a dilemma: on the one hand the constant and aggressive pressure from the U.S. government, and, on the other, the humanitarian crisis that is being experienced in Central America which has its strongest expression in southern Mexico”, said Hernández.

According to the National Institute of Migration, during the first four months of the year, 15,499 children of up to 17 years old arrived in Mexico, a figure higher than the 9,926 registered during the same period of 2018.

Mexico has imposed a new record of deportations of Central Americans during the government of Lopez Obrador, with more than 45,000 during the first months of the year.

For its part, the United States presents record numbers of Central American families seeking asylum. From October 2018 to April of this year, about 293,000 people were arrested on the southern border of the United States. That number of detainees is four times higher than last year during the same period.