A local governmental committee that has distributed over $200 million in tactical and surveillance equipment to police and fire agencies without public meetings and disclosures has now amended its charter to require itself to comply with state open meeting laws after a lawsuit filed by La Prensa San Diego exposed their secret meetings in December 2020.

The Urban Area Working Group, known as UAWG, is a subcommittee of the San Diego County Unified Disaster Council (UDC) and is the “Approving Authority” to distribute federal Homeland Security grants to help local public safety agencies prepare for and respond to terrorist attacks.

UAWG was created in 2008 and has held meetings each year to review, process, and award annual grant funding to local police and fire agencies. 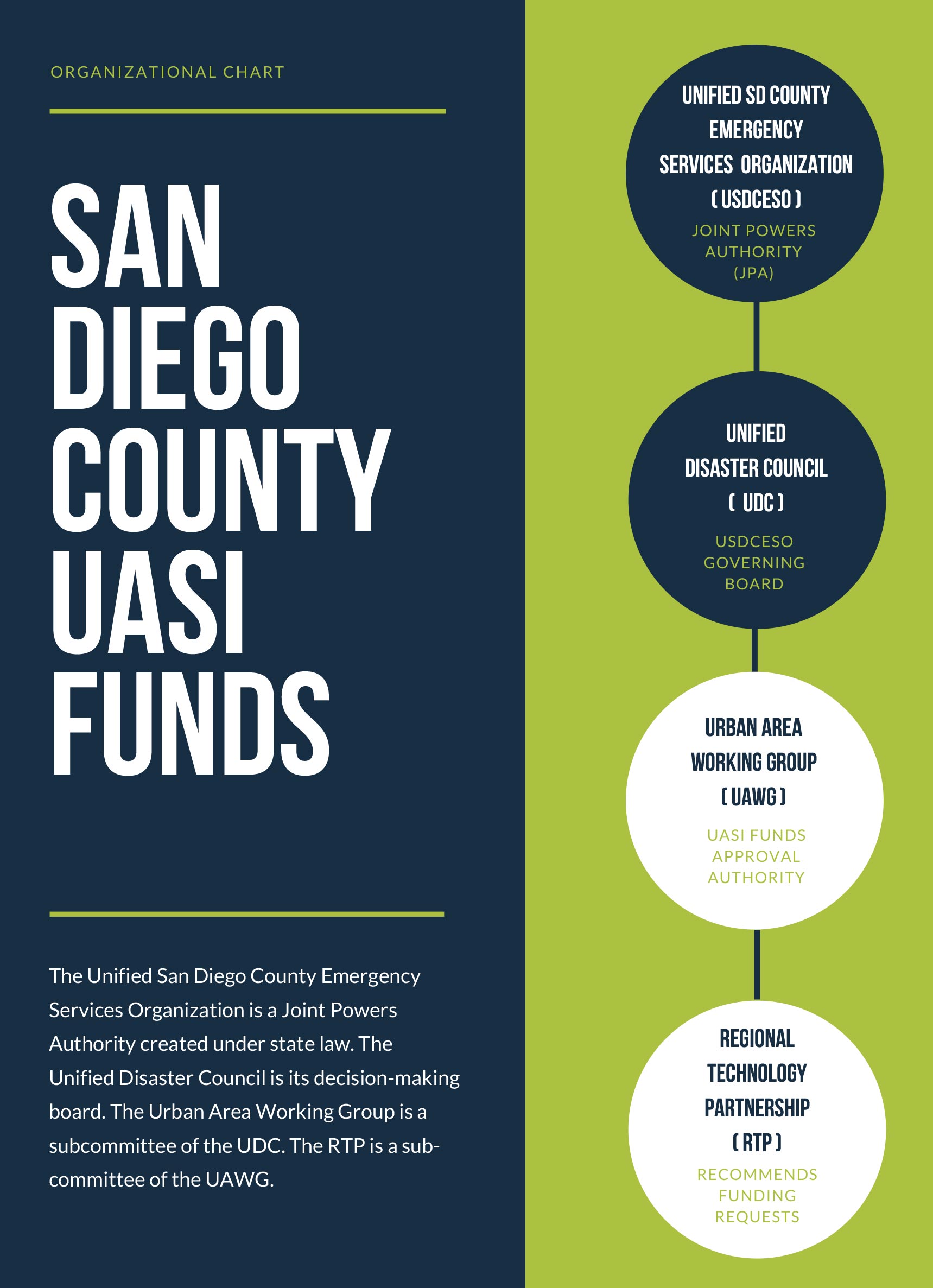 Nearly every local police and fire agency in the County has received funds through the program for equipment ranging from armored vehicles and riot gear to computers and communications radios.

Since the inception of the federal funding program, the San Diego region received more than $265 million in grants.

Although UAWG is a subcommittee of a county agency and all of its board members are employees of public agencies, UAWG held all of its meetings behind closed doors, without public notices, and without disclosing its actions.

COMMITTEE HAS OPERATED IN THE DARK

La Prensa San Diego first became aware of the funding allocations in April 2020 when the City of El Cajon received a grant to purchase an armored assault vehicle known as a Lenco Bearcat.

But no information on UAWG meetings was available to the public and San Diego City staff that manages the program did not respond to requests for the date of any upcoming meeting to allocate funding.

On December 15, 2020, La Prensa San Diego filed a lawsuit asking the court to rule whether UAWG meetings are subject to the California Brown Act, the state’s “sunshine law” that requires government agencies to conduct their business in public with proper notice of meetings and disclosure of documents.

It was later revealed that a UAWG meeting had been scheduled for December 16th, but the meeting was postponed after members were notified of the lawsuit alleging that the group was violating the Brown Act.

The charter that created UAWG in 2008 contains language that all documents related to the committee are “not intended for distribution to individuals in the general public“ and that the group was “deemed to be exempt from public records act disclosure under Government Code 6254 (aa) and (ab)” of the California Public Records Act (CPRA).

The CPRA requires government agencies to disclose its records to the public, with few exceptions. Sections (aa) and (ab) claimed by UAWG as protection of its documents do not seem to apply as justifications to avoid proper disclosures.

In its response to the lawsuit, the county admitted that the UAWG is a “legislative body” covered by the Brown Act, but challenged the lawsuit as not being “ripe” because they had cancelled the planned secret meeting in December, but the cancellation of the meeting did not resolve the issue of whether the committee must comply with the provisions of the Brown Act and the California Public Records Act.

The lawsuit is currently pending discovery by both parties, depositions of individuals with knowledge of its meetings, and a determination by the court as to the applicability of the state’s disclosure laws.

A special meeting held by the Unified Disaster Council on Thursday offered language to amend the UAWG charter to remove the language exempting itself from public disclosure, and to specifically add language requiring the committee to comply with the Brown Act and Public Records Act.

“The UAWG shall comply with all applicable provisions of the Brown Act and Public Records Act, ” the amendment read.

The amendments also removed a sentence from the charter that “The meetings will generally be conducted in an informal format to allow for free flow discussion and information exchange.”

Although the UDC board voted unanimously to approve the charter change, the language was not legally needed to comply with state law. The Brown Act applies to all local agencies and requires public disclosures, including proper public notice of meetings, opening meetings to the public, and providing its documents publicly.

The UDC also considered an amendment to the charter on Thursday to require the City of San Diego to either provide legal representation or hire outside legal counsel to represent UAWG instead of relying on the County’s legal counsel. The City serves as the Chair of UAWG and City staff manage the funding program.

The committee did not approve the amendment; instead, the group voted to continue using county counsel as its lawyers, with all of the board members from local agencies, except the representative from the county, voting in favor.

The City of San Diego is the designated agent for the federal funds, and staff from the City’s Office of Homeland Security (OHS) administer the program.

The City’s Program Manager within OHS, Katherine Jackson, sends award letters to local agencies when their grant requests are awarded.

Jackson did not respond to La Prensa San Diego’s December 8, 2020, request for information on upcoming UAWG meetings before filing its lawsuit.

The job description for Jackson’s position requires that “The Program Manager must have a federal level secret clearance or above in order to effectively receive intelligence and threat information that affect the City’s security.”

But public records request asking for all clearances held by Jackson revealed that she does not hold any such secret clearances necessary to review sensitive information used to administer the funds.

The FEMA list is classified and can only be viewed by individuals with proper federal level secret clearances, and the document can only be viewed within a Sensitive Compartmented Information Facility (SCIF), a secure place where sensitive information can be viewed and discussed to prevent outside surveillance or spying.

Without a federal level security clearance, the Program Manager cannot see the asset threat list, or even receive the information from anyone with the proper clearance. La Prensa San Diego contacted similar “Approval Authority” committees in other regions and all said their program manager maintains appropriate security clearances to review the FEMA list and other classified information about terrorist threats or vulnerabilities in their region.

Jackson did not respond to a request for information about UAWG.

San Diego Police Department Public Information Officer Lt. Shawn Takeuchi told La Prensa San Diego that “at the direction of legal counsel, I have been advised not to provide a response at this time” when asked questions about UAWG. A request to interview Police Chief David Nisleit has gone unanswered since December. []