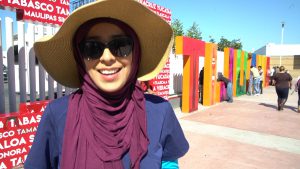 A few months after they began bringing aid to migrant shelters in Tijuana, a Southern California Latina Muslim organization has launched a fundraising campaign to open their own shelter in this border city.

Mayte Gutierrez, one of the leaders of the Latina Muslim Foundation in San Diego, shared that after they began bringing down food and clothing to some of the shelters in greatest need in Tijuana, they found out that Muslims were also arriving at the border in search of asylum.

“We want to help whoever we can no matter where they came from, but there are definitely Muslim families who are at a greater cultural disadvantage than Central American families,” shared Foundation member Sonia Garcia.

Mayte says that these migrant families arrive “after long journeys under precarious conditions to a place they don’t know, where they speak a language they don’t understand, with nowhere to go because they don’t know how to navigate and because sometimes the shelters are full.”

A few weeks ago, during one of their trips, members of their foundation happened to run into an Algerian immigrant in Tijuana, a Muslim, who only spoke French. Later, trying to follow up and help him, they searched for him in different shelters, and finally found him at the Salvation Army in the Libertad neighborhood of Tijuana.

Helping this man made them realize they could be helping others who might be in a similar situation, so they started searching for a place of their own until they found a centrally-located former warehouse that was equipped with four bathrooms.

The only thing missing now is the money to turn it into a shelter.

“We trust that we will be able to get the Southern California Muslim community to help, because God tells us to be compassionate to those in need, as He is with us,” said Sonia Garcia.

The Foundation welcomes help from whoever wants to get involved. “We do not focus solely on helping Muslims, but rather on any vulnerable populations: women with children in need at a shelter, for example.”

Once they get funding for the site, Latina Muslims will bring teams of volunteers to Tijuana with whom they have been helping Haitian and African migrants since 2016, followed by Central American and Mexican families waiting in Tijuana to petition for asylum.

The group has already assembled volunteer doctors, nurses, stylists, and legal advisors, among others.

We do not know how many Muslims have arrived at the Tijuana border, because statistics are only collected by nationality, and not by religion.

The Latina Muslim Foundation has aided to Tijuana mosques from time to time, one in Playas de Tijuana and the other in Rosarito – known as Casa de la señora Lupita – a private home with a designated space for Muslim prayer.