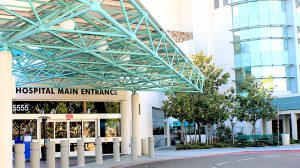 A San Diego Women’s Hospital is accused in a class-action lawsuit of filming over 1,800 patients in approximately 7,000 recordings without their consent.

The document argues that Sharp Grossmont Hospital had video cameras recording constantly in three operating rooms. The videos were recorded between 2012 and 2013, and the lawsuit states that the hospital still has many of these videos on file.

“Over 1,800 women, who were unconscious and undressed on operating tables undergoing surgery were recorded in more than 6,966 video clips,” claims the suit. “Sharp has supposedly destroyed some of the recordings, but has not confirmed when or how the files were erased, nor whether anyone took the files or if they could potentially be recovered.

In a brief release, Sharp regretted that the patients were recorded, and stated that the cameras were installed for security reasons and that the recordings were safeguarded and inaccessible to the public.

However, the plaintiffs’ attorneys – Kevin Green and Steve Bergman – responded that regretting was not enough when the hospital had violated the Hippocratic Oath to safeguard the privacy of its patients. Both attorneys have said that anyone can access the videos on their computers, since the files are not password-protected. “Sharp stored the files on computers that can be accessed by multiple users, some without password protection,” claims the lawsuit.

The lawsuit further alleges that some of the patients included in the class-action lawsuit suffered emotional distress after discovering that their surgical procedures were filmed without their consent.

“We believe that this behavior falls well below the standard set by the Hippocratic Oath, and below the core human principles of respect and dignity,” added the attorneys in writing.” The patients suffered a violation of their right to privacy and respect at a time when they were most vulnerable, as the were seeking medical care.”

The hospital stated that the cameras were installed as part of an investigation into the theft of anesthesia drugs in one of the operating rooms.

The plaintiffs, however, have repeatedly stated that the hospital failed to ask for their permission or to inform them that they were being recorded.