Books make great gifts during the holidays, and authors with connections to the region wrote some great works this year. Here are some of our recommendations for the reader in your life.

“Coloniality of the U.S./Mexico Border: Power, Violence and the Decolonial Imperative” by Roberto D. Hernández

This is the first work by Chicana and Chicano Studies professor at San Diego State University Roberto D. Hernández, an authoritative voice on the history and issues surrounding the Tijuana/San Diego border.

Hernández explained the part of the motivation for the book, “Growing up within blocks from the border wall, I always had a sense that the type of separation of peoples and the violence it generates at all levels, by the state, anti-migrant sentiment, etc, was not natural or normal. Instead, the reality I knew on the ground of one thriving community on both sides, despite the border, spoke volumes to the often-ignored issues of asymmetrical economic and power relations, which became the basis for thinking about issues raised in my book.”

Based on more than twenty years of border activism in the San Diego–Tijuana and El Paso–Ciudad Juárez broder communities, this book is an interdisciplinary examination that considers the 1984 McDonald’s massacre, Minutemen vigilantism, border urbanism, the ongoing murder of women in Ciudad Juárez, and anti-border music. It is a theoretical and pragmatic analysis of the future of violence at—and because of—national territorial borders, and it offers a call for epistemic and cartographic disobedience. 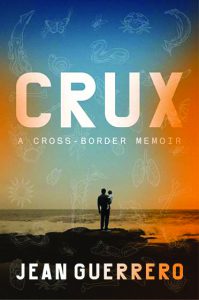 The book was the winner of the PEN/FUSION Emerging Writers prize. Author Adriana Ramírez said of Guerrero’s writing, “Language is as poetic as the story is engrossing.”

Published in July of this year the book is described as a daughter’s quest to understand her charismatic and troubled father, an immigrant who crosses borders both real and illusory—between sanity and madness, science and spirituality, life and death.

The book is available on Amazon, Audiobook, Barnes and Noble, IndieBound, and iBooks.

“More than Money: A Memoir” by Claudia Dominguez

Published this year, the book recounts the true story of how the author’s family recovered their father after he was kidnapped in Mexico City.

William Nericcio, a Chicano literary theorist and Chicana/o studies professor at San Diego State University, said of this work, “Uniquely re-tells a tale of tragedy, suffering, and woe–and yet it is the most hopeful of narratives, that rare manuscript that leaps from the pages and becomes alive in the imagination of its readers. Dominguez’s gift to publishing (and to comic books) is a memorable graphic narrative that allows us to feel the depth of her and her family’s experience and to see Mexico with new eyes.”

The book is available via the SDSU Press Amazon shop at http://amzn.to/2BkVzH

“How to Pull Apart the Earth” by Karla Cordero 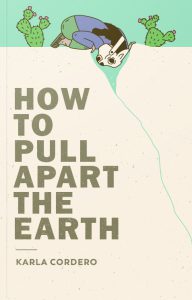 Poet, activist and creative writing and composition professor at San Diego City College and MiraCosta College, Karla Cordero has just published a book of poems titled, “How to Pull Apart the Earth.”

Cordero is a descendant of the Chichimeca people from northern Mexico. She was born and raised in Calexico. Her work has appeared in several journals and anthologies.

Published in November of this year, the book is described as an homage to the intrinsic thread that weaves the culture of Mexico together with the United States, and the echo of colonization that works to erase it.

The book is available through the publishing company Not a Cult and on Amazon. 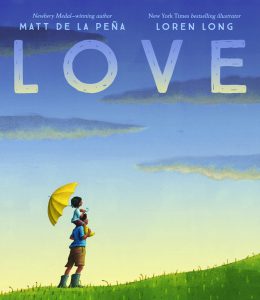 Bestselling children’s books author Matt de la Peña, a National City native, and who is said to be the first Latinx author to win the Newbery Medal in its 94-year history, wrote two books this year.

“Love,” which was published in January of this year, is described as a poetic reckoning of the importance of love in a child’s life.

“Carmela Full of Wishes” was published in October of this year. The book is described as the story of what happens to young Carmela after she accompanies her brother to do errands on her birthday and crushes a dandelion she made wishes on. The book introduces readers to street vendors, workers in the fields, and a sweeping view of the sea.

Both of the books can be purchased on Amazon, Barnes & Noble, Audible, Google Play Books, Kobo, and Audiobooks.