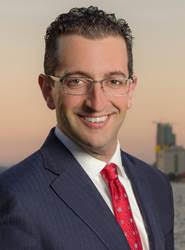 In a one-on-one interview with La Prensa San Diego, criminal defense attorney David Shapiro shared some insight into the process of posting bail during legal proceedings and how to make the best use this often-misunderstood legal resource.

In the same manner in which he described the supreme importance of finding the right attorney in a previous interview, finding the right bail company is key for anyone considering handling a case outside custody.

When starting the bail process, he explained, one should ideally look for possible bail company recommendations from trusted individuals who have dealt with the bail process.

Having been established for years, have a reputable local presence, and can transparently show you both rates and how soon they can get you out of custody are generally good indicators of a bail company’s trustworthiness.

“Like anything else, you want (the company) to take care of business because and to take pride in their work; if they don’t, the bad business practices are only going to trickle down into your case,” Shapiro warned.

One misconception people often have is that this premium is returned after all hearings are over, which is not the case.

When entering a bail bond agreement, companies will usually charge anywhere from 7 to 10 percent as a premium, which is an assurance that the company will pay the full bail amount if the defendant does not show up to court.

“That money you do not get back, that’s what the company takes as collateral or assurity that the rest of the money they’ll pay in the case that you don’t show up in court,” said Shapiro.

While there is a sense of urgency after an arrest and posting bail might seem like the most important thing to do, Shapiro says that even if seeing a loved on in custody is difficult, some things should be considered prior to making a bond arrangement.

“Depending on a strategy, there might be a decision on not bailing someone out or waiting to see if bail can be lowered after, but this goes back to relying on the attorney you hired as long as you believe in that attorney and listen to their advise as to when is the best time to bail out, if at all,” Shapiro pointed out.

Posting bail in a hurry might also leave a defendant and their family in a bad financial situation when the time to hire a good defense attorney comes.

“You don’t want to bail someone out quickly and turn around to realize that you have no more money to hire a good attorney,” Shapiro pointed out. “I don’t say this as a lawyer and owner of a law firm, but money is usually better spent on an attorney because that has longer lasting implications on the case than bail.”

“So what we see, which is unfortunate, is people bailing out of jail and being left without the money to hire top-notch representation that they otherwise would have hired if that money wasn’t spent right away,” he continued.

If a defendant does post bail, seeing friends and loved ones will be a natural thing to want to do, as well as taking a shower and possibly having a nice meal. However, considering the average time span of three court days between an arrest and the initial court appearance, finding the right attorney should be of utmost importance.

“You as the accused should take an active role in seeking your defense, and that starts on the very onset by selecting a law firm that has your best interest at heart,” Shapiro states.

While having to pay back a bail company after a favorable case outcome might seem like one ordeal after another, Shapiro points out that this is a good thing, as either the case has been dismissed or a favorable verdict has been reached, meaning criminal charges have been avoided.

However, once bail has been posted and criminal charges have been avoided, one is still responsible for any amount owed.

“So while you would be in a good situation as far as how the case goes, it doesn’t necessarily get you off the hook from what you owe the bail company,” Shapiro explained. “A bail company can’t put you back in jail because there is nothing to put you back in for, since there is no longer a criminal case. But what they can do is come after you in civil court.”