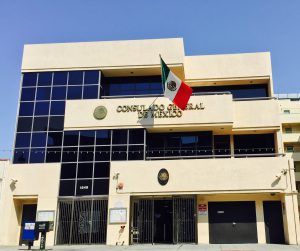 Mexican Secretariat of Foreign Affairs Marcelo Ebrard presented a 10-point initiative through which the government of Mexico will help out mexicans abroad.

During Mexican President Andres Manuel Lopez Obrador’s morning press conference, Ebrard said the 10 points of action will be handled by the Federal Government, across all institutions, not just its cancilliery, embassies, and consulates.

These are the 10 actions which will be carried out by the federal administration, as presented by Ebrard:

The government will adopt a traversal strategy to attend Mexicans abroad, which will count with invitations to participate for states and cities in the United States, such as New York and Los Angeles.

Specialized training on public assistance, especially with vulnerable communities, as well as the professionalization of these actions with greater integration of experimented staff from Mexico’s foreign service.

Expanding the network of lawyers and organizations specialized in the defense of migrants’ rights.

Active promotion of Mexican cultural identity among the immigrant community in the United States.

Promoting the addition of of mobile consulates focused on tending to vulnerable groups and faraway communities.

Empowerment of the Mexican community through a mechanism to recognize outstanding Mexicans abroad.

Modernization of normativity and practice of indigenous tongues and equal marriage.

Periodical consults with the Mexican and Mexican-American community in the U.S. to get to know their needs.
The plan was set after an open consult period open to the public through consulates.

According to figures from Mexico’s Department of Foreign Relations, 11.7 million Mexicans reside in the United States. With children of these, who are also considered Mexican nationals, the number easily more than doubles.