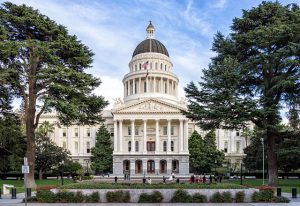 Hundreds of new California state laws went into effect on Jan. 1, 2019 from another boost at minimum wage to bans on pet stores for selling animal from breeders.

Another work law that went into effect was AB 1976 that states that employers must provide an area other than a bathroom for new mothers to express breast milk. The area must be private and within close proximity to the employee’s work space. Also, SB 1252 went into effect, which states that employees wanting a look at their employment records will be able to do more than just see them at their human resources office. They will be able to request a personal copy of their employment file.

Since Jan. 1, there are two relevant new state laws involving pets, one is the AB 2274, which states that judges will be able to decide who gets custody of a family pet during a divorce. The judge will consider factor like who takes care or feeds the pet. Also, AB 485 went into effect, which states that pet stores are prohibited from selling live animals like dogs, cats or rabbits that come from breeders. The animals must be obtained from an animal shelter and the store must post the name of the agency where it got the animal.
On the first day of 2019, there were also a handful of transportation related laws that went into effect in California including AB 2989 that states that adults 18 or older will be allowed to ride electric scooters without a helmet. The new law also increases the speed limit for scooters from 25 to 35 mph. It would still be illegal to ride a motorized scooter on a sidewalk. On the flip size, the new AB 3077 states that minors under 18 who are caught riding a bicycle, scooter, skateboard or skates without a helmet will get a citation. Violators can take a safety course to clear the ticket, and show they have a helmet within 120 days of the citation to avoid paying a fine.

California is loosening its rules on cannabis with AB 2020, festivals, museums, nightclubs and other venues will be able to host special events where people can purchase and consume cannabis. And with AB 2215, veterinarians will be allowed to discuss the use of cannabis with their clients, but vets will not be allowed to administer cannabis to animals.

Regarding firearms there is also AB 2103, which states that consumers wanting a license to carry a concealed weapon in public must undergo 8 hours of firearms training. And there is also AB 1525, which states that firearms will come with warning labels that state, “Firearms must be handled responsibly and securely stored to prevent access by children and unauthorized users.” The warnings are also required to be posted at gun stores.