New Congress Most Diverse in History 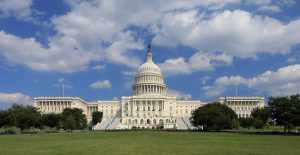 Newly-elected members of Congress sworn in on Thursday included the most diverse demographics in history.

Also included in the new class is the first openly gay member from Kansas, the first Somali-American in Congress, and the first Palestinian-American woman elected to Congress.

The 2019 class also includes the most women elected to the House, totaling 100, with 35 new members and 65 incumbents having won re-election, beating the previous level of 85. There are also two additional races that are still being recounted, where all of the candidates are women, so there will eventually be two more female Congress members.

In the Senate, two new female Senators were elected, in addition to the 10 incumbent female Senators, also creating the largest class of female Senators in history, and bringing the total number of women in Congress to 126, the highest ever.

The new Congress also delivered a majority for Democrats in the House, and elevated Nancy Pelosi to the speakership again after first having served as Speaker of the House from 2007 to 2011.
Pelosi was and continues to be the first woman to serve as Speaker of the House, and, as the third in the line of succession to the Presidency, is the highest-ranking female elected official in American history.
The diversity in Congress also extends to religious affiliation, or lack thereof.
Sixty three members of Congress either follow non-Christian religions or none at all. Of those, 34 members are Jewish, along with others that are Buddhists, Hindus, and Muslims, and 20 that declined to name any religion. Only Arizona’s new Senator, Kyrsten Sinema, said she is “unaffiliated” with any religion, but no Congress member chose the “atheist” label.