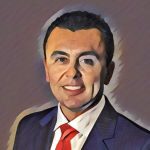 The South Bay city of Chula Vista has long complained of being unfairly burdened with projects and land uses other areas of the region rejected -like an energy power plant of the bayfront, the south county's only landfill, and dozens of car junk yards along Main Street- which were pushed on us by political leaders from San Diego.

As a native Chula Vistan, I grew up looking at the South Bay Power plant from my childhood bedroom window and fuel oil smoke billowing from its exhaust stacks, not even realizing the ocean breeze was spreading dangerous pollutants right toward my neighborhood.

The power plant was later converted to less-polluting natural gas and ultimately decommissioned and torn down in 2013 when it became obsolete, but only by the political will of some local political figures after years of work to return the land to open space and make way for the redevelopment of the bayfront.

The City of San Diego has always wielded more political power on the Unified Port District, County Board of Supervisors, and other regional planning agencies, and used that influence to disburse unwanted projects on other, smaller, cities.

A relative behemoth among the 18 cities in the county, the City of San Diego has a population that's more than five times that of the next largest city -Chula Vista- and more than 328 times the population of the county's smallest city, Del Mar.

But when it comes to exerting its power on regional transportation issues, San Diego only needs the cooperation of a few compliant cities to control the billions of dollars that flow through SANDAG, the San Diego Association of Governments.

SANDAG is a state-created regional agency that manages all transit and highway planning and construction projects in the county, with its Board of Directors being made up of representatives from each city, as well as one from the County.

Since its inception in 1966, SANDAG's voting structure allowed for weighted votes of cities making up a combined majority of the county's population to approve a proposal. That meant that San Diego and a few cities could vote together to overrun more than a dozen other cities.

Then in 2002, then-State Senator Steve Peace -who grew up in Bonita and long represented the South Bay- authored SB1703 which changed the voting structure to require a two-way vote to pass a proposal.

(For full disclosure, I worked for Senator Peace at the time and helped negotiate that legislation.)

Under that new structure, every city and the county each had one vote and San Diego had two votes, totaling 21 votes, and a measure required both a majority of the votes of the cities and a combined majority of the proportional population of the county to pass.

The new structure helped building more consensus among a broader coalition of cities and also protected smaller cities from being marginalized by the larger cities, namely San Diego.

That two-vote system existed for 15 years until 2017 when then-Assemblywoman Lorena Gonzalez-Fletcher authored AB805 to undo the two-way voting and now only requires the votes at least four cities combining their populations to total at least a majority of the county population.

Gonzalez-Fletcher acknowledged at the time that the change would give more power to larger cities, which are more Democratic-leaning, and take power from more rural cities, which tend to vote more Republican.

Why did that matter for planning purposes?

Because SANDAG decides which companies get the hundreds of millions of dollars worth of contracts to build our roads, and Gonzalez-Fletcher wanted to force labor-friendly contracts and encourage transit projects instead of freeways that encourage urban sprawl; two left-leaning priorities of Democrats, but there were also unintended consequences.

In recent years, Chula Vista has consistently voted with San Diego on important issues at SANDAG, but some Chula Vista leaders complain the City hasn't received enough funding for local projects, even after playing along with San Diego.

For example, SANDAG purchased the SouthBay Expressway toll road, known as State Route 125, that connects from Otay Mesa to Spring Valley through the eastern parts of Chula Vista. SANDAG used bonds to purchase the road for $340 million and continues to charge drivers on what is the only toll road in the entire county.

All other freeways in the county are just that -free- but South Bay residents are charged up to $2.25 each way or are forced to drive further to avoid the additional costs, putting an undue and disproportionate burden on them, and increasing local smog from additional miles driven.

That means that hundreds of millions of dollars in tolls will be paid South Bay residents who use the road but all of us will suffer from worse air quality from increased traffic on surface streets used to avoid the toll road.

Chula Vista's leaders in recent years have gone along with San Diego on regional issues but have not demanded enough relief for South Bay residents as part of that arrangement.

Salas and Councilman John McCann have recently called for the elimination of the toll road in 2027 when SANDAG is expected to refinance the remaining debt, but Chula Vista is at the mercy of San Diego's leadership on this issue unless they negotiate for more equity at SANDAG.

Not willing to loss its grip on control, San Diego politicians work hard at maintaining their dominance at SANDAG by assuring they has the additional votes they needs from compliant South Bay leaders.

San Diego's continued effort to maintain its influence over Chula Vista was on display just last week when San Diego Mayor Todd Gloria was campaigning for one of the six candidates running to become the next Mayor of Chula Vista - the candidate supported largely by labor unions and the Democratic Party. Zaneta Encarnacion, who has never held any elected office, is San Diego politicians' choice and some locals have been wondering why.

When have we ever seen the Mayor of San Diego campaigning for another local Mayor?

But Gloria isn't the only San Diego politician jumping into the Chula Vista race for Mayor.

Like the centuries-old paradigm of colonialism, San Diego relies the support of a smaller but valuable neighbor in order to enrich itself. San Diego needs a compliant local leader that will, like a provincial governor, follow along and do the superpower's bidding.

In the past few years, Chula Vista has been represented in the Legislature exclusively by San Diego politicians: Ben Hueso in the State Senate and Lorena Gonzalez-Fletcher and Dr. Akilah Weber in the Assembly.

Gonzalez-Fletcher recently resigned her seat and the race to replace her is now between two other San Diego politicians; former San Diego City Councilmembers David Alvarez and Georgette Gomez.

Chula Vista voters should be weary of San Diegans dictating who should lead us when the advice is coming from politicians who stand to benefit from Chula Vista's compliance at SANDAG.

South Bay residents deserve a fair shake at SANDAG when it comes to funding priorities, traffic mitigation, and even ending the 125 tolls.

Chula Vista is not a colony to be used for its valuable contributions to the riches of a superpower; our residents deserve local leaders that fight for their own conmunity, first and foremost.

And SANDAG's entire Board of Directors should encourage, if not demand, a more fair treatment of smaller cities that have been largely overrun by the behemoth since the more democratic two-way vote was taken away by Gonzalez Fletcher.

SANDAG should be an association of governments, as its name states, instead of an oligarchy of powerful cities running roughshod over the others.

When everyone’s voice is heard democracy is at its best.