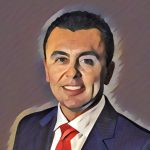 Everyone should have seen this one coming, but for anyone who doubted the nature of our latest former president, a new report documents the lows he will go to make a buck.

A new report from the House Oversight Committee shows that the US Secret Service was charged (spelled overcharged) “exorbitant fees” when agents protecting Donald Trump and his family stayed at hotels owned by the very people the brave agents were protecting.

As we all know, Donald Trump and his family owned hotel properties before he was elected in 2016, and he continued to own and profit from those properties while he was in office.

In a thinly veiled attempt to distance himself from his business interests while he was in office, Trump said he relinquished control of his business to his two sons, Donald Jr and Eric, but did not ever give up legal ownership to the profits his properties raked in.

Right after the election, Eric even bragged that they would not profit from the presidency, saying that “There are lines that we would never cross, and that’s mixing business with anything government.”

What we didn't know until today was that the Trumps did cross that line and profited from the presidency by charging the Secret Service up to $1,185 per night per room for hundreds of hotel rooms booked for agents who were protecting Trump and his family everywhere they went, which, more often than not, was at properties they themselves own.

The Congressional report documents more than $1.4 million in bills to the Secret Service from Trump-owned properties where agents were charged nightly rates far in excess of the federal government rate usually charged for official business trips.

Two of the most expensive room rates charged to the Secret Service weren't even for the President himself, but for trips involving his two sons who ostensibly ran the hotel business for their dad.

One trip in 2017 was for agents assigned to protect son Don, Jr. when he stayed at the Trump International Hotel just down the street from the White House.

The hotel is in a remodeled former US Post Office building that is actually leased by the federal government to the Trump Organization.

On another trip to the same Washington DC hotel, agents protecting son Eric and his wife, campaign surrogate Lara, were charged $1,180 per night, again far in excess of the federal government rate, for a trip when Eric was promoting a golf tournament being played at -you guessed it- a Trump property, the Trump National Golf Course just outside DC.

The high room rates maybe wouldn’t seem so bad had Eric himself not made public claims that the Trumps were giving agents rooms “for free” or "almost free", as he boasted at the Yahoo Finance All Markets Summit in 2019.

In fact, the Congressional report does not show any free rooms provided by the Trumps for the agents who put their lives on the line to protect theirs.

Trump traveled to properties he owns 550 times while President, including 145 trips to his Miami resort home, Mar-a-Lago, requiring the Secret Service to use hotel rooms on virtually every trip. In fact, he was at properties he owns more than one-third of the days he was President.

And that’s not the end of the self-dealing the Trumps engaged in.

The Trumps also overcharged the Secret Service when agents were assigned to protect visiting dignitaries, including foreign prime ministers staying in Washington DC for official trips.

But the Trumps didn’t just cash in on their own trips, they also purposely planned events at their properties to make even more money off the government instead of meeting at the White House.

According to the Washington Post, the Trumps’ exclusive club billed the federal government $16,500 for food and wine, $13,700 for guest rooms, $6,000 for floral arrangements, and $3 per bottle of water during the meetings.

And in an attempt to make even more money, Donald Trump tried to force the 2020 G7 meeting of world leaders to be held at his financially struggling golf resort in Miami, the Trump Doral.

The G7 would have taken hundreds of officials, staff, security, and even media reporters to his own resort, a financial windfall that Trump and his staff tried to justify until the public backlash was too much even for these profiteers. The event was eventually scheduled at Camp David, the government-owned presidential retreat in Maryland, but was ultimately cancelled due to the COVID-19 pandemic.

And as bad as all this seems, the Congressional report does not even include foreign trips made by Trump, who also stayed at his own resorts in other countries, including his golf courses in Ireland and Scotland.

Trump traveled to Ireland for a brief meeting with their prime minister, and stayed at his own Trump International Golf Links and Hotel Ireland in Doonbeg, a town of only 750 residents, requiring staff, security personnel, and reporters to stay at his resort because rooms are limited at the two other hotels in town.

The next day, Trump flew to France to attend D-Day commemoration events, then flew thousands of miles back to Doonbeg to squeeze one more night of rooms out of the government before returning to Washington.

Trump made a similar trip to Scotland in 2018 when he spent a week vacationing in Aberdeenshire and Ayrshire, staying at two golf resorts he owns there, bringing not only cash to his courses, but much-needed free public exposure, too.

We have never had a president who not only had the potential of direct conflicts-of-interest, but actively exploited them for personal gain.

Maybe no one thought a President would act his way, but then again, this seems completely in character for the businessman turned reality TV personality turned politician.

Everything for him has been for self-aggrandizement and profit, and he’s proud of it.

The Congressional report outlines possible legislation that could limit future self-dealing by presidents, but is that really necessary?

Will we ever again be in a position where the President of the United States is using his or her office to direct lucrative deals to his or her own business?

Well, according to Donald Trump, the consummate showman, he has already made up his mind on whether he will run for President again in 2024, but he hasn’t made those plans public. Yet.

And his son Donald Jr. has toyed with the idea of running for President himself, and some have suggested daughter Ivanka could be Trump’s vice-presidential running mate, potentially putting her in office, too, so one or more of them could potentially be in the position to again steer business to themselves.

The Trumps are good at self-promotion and now, are documented great self-profiteers. That’s not in question.

The only question is; how much longer will the grift go on?

Don’t forget, Trump and his wife are entitled to Secret Service protection for the rest of their lives, so everywhere they go -mostly to properties they own- they are followed by Secret Service agents who will continue to have to stay near them, surely at above market rates, for many more years to come.

And for those who are even more cynical, yes, Secret Service agents would still have to protect a former President even if he were to be sentenced to prison, but at least the Trumps don’t own any hotels near any state or federal detention centers, so room rates there would be at the federal government rate or maybe even free, as Eric Trump promised.