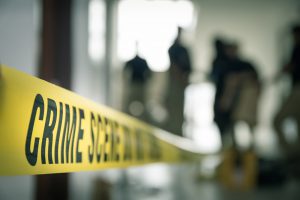 Mrs. Adela says her daughter felt hurt when some of her classmates started mocking her by chanting that President Trump is going to build that wall.

“Why would they do that? My girl is an American,” says the mother, “and I can’t even complain, all that would do is turn all the other school moms against me.”

Adela is a legal immigrant from Veracruz, Mexico, who lives in National City. In the last two years, she says she’s seen an increase in discriminatory actions, particularly on public transit.

“Before, until a few years ago, it wasn’t like that,” shares the 34-year-old mother. “Now, they yell at each other over nothing, they insult each other over racial differences, and what I’ve seen the most is that poor Americans (whites) are always walking around like they’re mad, angry.”

She has also seen some of her worst fears come to life on public transit: people who threaten to or actually call immigration on their cell phones as a means to intimidate or browbeat other people.

While she says that she has not seen any of those calls lead to someone getting detained, it is still worrisome and infuriating.

“For my daughter and my husband, I keep my mouth shut, but sometimes you see outright injustices, even because someone is speaking Spanish or Tagalog (Filipino),” says Adela.

Her sentiment is shared throughout the U.S., according to a new survey by the Pew Research Center.

Results show that most people living in the United States have experienced discrimination under the Trump Administration, but some groups have it worse than others.

76 percent of African-Americans say they have experienced discrimination, as do 75% of Asians and 58 percent of Latinos. In contrast, only 33 percent of white respondents told Pew they had been subjected to discrimination.

Over half of all Americans surveyed (56 percent) responded that racial division and confrontation have increased since Trump was elected president.

Trump’s influence stems from, for example, the fact that he refuses to condemn white supremacists while attacking non-European immigrants and even whole countries of people.

45% of survey respondents indicated that it has become more acceptable for white Americans to express racist or racially-insensitive views.

It should not be a surprise then, that every week on social media we see new examples of acts of discrimination at retail stores, on public transit, on streets or parking lots, or any other gathering places.

From two U.S.-born American women being detained because they were speaking Spanish, to a gas station attendant in California verbally assaulting a customer and demanding she show him her birth certificate, examples abound.

It is not just racial differences; properties have also been attacked for religious differences.

The Intelligence Report published by the Southern Poverty Law Center (SPLC) reported that, according to U.S. Census forecasts, by 2044 whites will no longer be the majority, deepening rancor among white Americans.

In the last 4 years, hate groups against particular ethnicities, sexual identities or religions have grown by 30 percent, according to SPLC.

Between 2010 and 2012, apparently with some link to the impacts of the housing crash, there was an uptick in hate group activities, from the Ku Klux Klan to Neo-Nazis. The current trend, however, is not related to any economic stresses, it is purely racial.

In real life, the increase to 1,020 hate groups translates into more shootings and attacks on synagogues, mosques, birth control clinics, cultural centers, and even schools.

Benjamin Prado, a San Diego leader at Union del Barrio and researcher at the American Friends Service Committee, says that while all ethnic groups have faced discrimination since Trump was elected President, Latinos and Latin American immigrants have borne the brunt of it.

“I thought we had seen the worst of it when this Administration disregarded international mechanisms for the protection of refugees, separated mothers from their children, and put children in cages. But now what we are seeing is an attempt to institutionalize racism and discrimination against our Latino communities,” said Prado.

Former Secretary of Homeland Security Kirstjen Nielsen, who implemented some of the most severe anti-immigration policies, such as “zero tolerance”, stepped down because President Trump wants a Secretary who is willing to take more drastic measures.

This past Wednesday, the Politico website reported that the Trump Administration is now searching within anti-immigrant entities for candidates to fill positions at Homeland Security and other immigration-related agencies.

“One could think that this has to do with the President’s reelection in 2020, but it actually goes beyond that: it is a racial control project at all levels,” said Prado.