San Diego Among Best Cities for Jobs in 2019 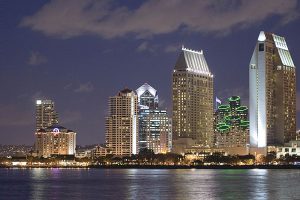 San Diego ranked high on a new list of best cities for jobs in 2019, where more than 180 U.S. cities were compared across 30 key indicators of job-market strength.

San Diego ranked 28th out of 182 cities overall, according to a report made by WalletHub, a personal finance website based in Washington, D.C.

According to the report, the national unemployment rate has fallen to an 18-year low of just 3.7 percent, while hiring also is up.

College graduates, especially, will see a strong boost in their job prospects. According to the National Association of Colleges and Employers, employers plan to hire 16.6 percent more members from the Class of 2019 than from the previous graduating cohort.

The luck of finding work depends largely on location. And the more than 180 U.S. cities list was created to help on the job hunt. They range from job opportunities to employment growth to monthly average starting salary.

The methodology used to determine the best job markets in the U.S. included the comparison of 182 cities, including the 150 most populated U.S. cities, plus at least two of the most populated cities in each state, across two key dimensions, job market and socio-economics.