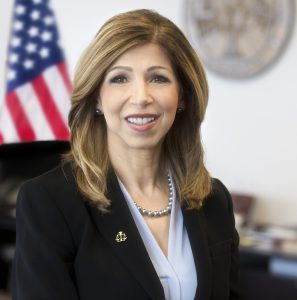 As results of this year’s primary election were coming in late Tuesday night, one candidate was leading the race for San Diego County District Attorney.

Stephan was appointed as interim District Attorney in 2017, and since the two-candidate 2018 race eliminates a runoff in the November elections, she is keeping her seat.

“A huge thank you to everyone who supported our campaign and stood with us to keep San Diego safe. I appreciate it more than I can say and I’m honored to serve as your District Attorney,” Stephan shared via social media.

The District Attorney’s race gained a great deal of public and media attention due to heavy financial investment from outside groups and the contrasting backgrounds of Stephan and Jones-Wright.

Stephan focused her campaign efforts on ending and fighting sex crimes, protecting victims, preventing students from entering the “pipeline to prison,” and other issues.

Almost 30 years into her career with the District Attorney’s Office, Stephan has focused her platform on sex crimes and helping victims.

Just last week, Stephan was joined by survivors and victims of crime on the steps of the Hall of Justice in downtown to denounce advertisements in support of her opponent that claimed Stephan was hesitant to test rape kits.

San Diego County Public Defender Jones-Wright focused her campaign on criminal justice reform and was outspoken about the importance of placing an emphasis on rehabilitation.

Following Wednesday’s results, her campaign released a statement thanking her supporters and highlighting her campaign’s involvement in the conversation about criminal justice reform.

“This was never about me; it has always been about a movement. And the movement isn’t over. A progressive and restorative criminal justice system is the direction we need to go, and we will continue to challenge the status quo until we get there,” the statement reads.