Tijuana Innovadora: A Conference that Became a Movement 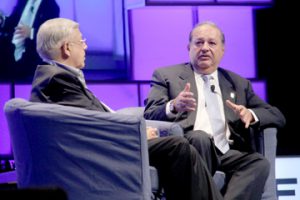 On January 2009, José Galicot, a renowned businessman from Tijuana, was preparing for work, when a heart attack changed his life. He survived not only to tell it, but to turn it into a movement that impacted an entire city.

Don José, as he is commonly known, had surgery in San Diego, where he learned that the pacemaker that saved his life had been manufactured in Tijuana. Furthermore, he discovered that many of the medical devices — such as intravenous infusion bags, prostheses, artificial respirators and pacemakers — that saved millions of lives, are also manufactured in that city. “Let’s do something to tell the world that,” he thought. Then, Tijuana Innovadora was born.

October 2010 gave birth to Tijuana Innovadora, with the sole purpose of spreading the word about an until then unknown reality, boosted by the maquiladoras that contributed to a large extent to the $255 billion a year generated by the Cali-Baja region. Amidst news stories of violent deaths and events that disturbed social peace, Tijuana Innovadora leaded the change of discourse. High level speakers like Jimmy Wales, founder of Wikipedia; or Biz Stone, founder of Twitter; Nobel Prize winners like Al Gore and Mario Molina; or philanthropists such as Carlos Slim and Anand Mahindra, have gathered to witness the never-before-seen series of conferences.

Since then, more than 500 brilliant minds who have made important contributions to humankind in different areas have been part of Tijuana Innovadora. Under a series of themes such as the diaspora, creative industries, citizen reflection and technology, to name a few, the Conference has given a unique identity to Tijuana, through top minds who gather to propose ideas and generate change.

2020 will mark the tenth anniversary of a monumental and constant effort. To commemorate it, Tijuana Innovadora prepares a great event where “Tijuana in the future” is the central theme. This aims to scrutinize the future, to contribute with ideas not only for Mexico, but to the entire world; in the voices of great thinkers with extraordinary stories. 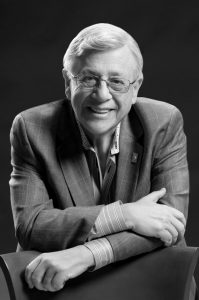 Over the years, seven spheres have been added to the efforts of the Tijuana Innovadora Conference. From the prevention of violence to environmental care, art, young leaderships, job creation, and even fashion; all within a strong sense of community belonging. Each of the activities carried out there aims to put Tijuana at the forefront of each subject, to restore social peace, and to make the city shine in the world. At least six cities within the country have partially copied the Tijuana Innovadora model, including Culiacán, Ciudad Juárez, Irapuato, and Cuernavaca.

There are extraordinary people out there changing Mexico with facts. They all have one thing in common: they recognize that big changes require an active civil society. “Leave the world better than you found it”, is the philosophy of a man whose example is transforming an entire city: José Galicot.