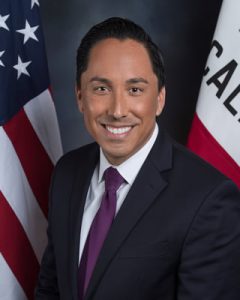 State law requires that all candidates file a Form 501 Candidate Intention Statement declaring their candidacy for election or re-election before any money can be raised for a campaign committee, even if it’s the candidate’s own money.

According to the California Secretary of State’s office, there was no Form 501 on file for Todd Gloria for Assembly 2020 as of the end of day on August 8th.

The June 30th report for the Assembly 2020 campaign committee reflects contributions of $25,246, plus the nearly $300,000 he transferred from the 2018 committee. Those contributions have all come from special interests, including Native American tribes, new car dealers, an apartment association, and lobbying groups for chiropractors and firefighters, and one contribution from State Treasurer Fiona Ma’s 2020 re-election campaign. No individual contributions were reported. The committee ended the June period with $275,122.24 cash on hand.

Since March, Gloria has spent $44,246.32 from that committee, including donating to other campaigns and organizations. Gloria donated $5,000 to the San Diego Democratic Party; a maximum $4,700 contribution to Councilman Chris Ward’s 2020 Assembly campaign to replace Gloria; $1,500 to the Climate Action Campaign; $1,000 to Kamala Harris’ Presidential campaign; and $1,037.50 to reimburse Lorena Gonzalez’ Assembly campaign for delegate breakfast at the recent Democratic Party convention, among other expenditures.

At the time the 2020 Assembly committee was created, Gloria was already a declared candidate for San Diego Mayor and was raising money for a separate committee, Todd Gloria for Mayor 2020.

Gloria filed a 501 form with the San Diego City Clerk on December 20, 2018 declaring his candidacy for Mayor before raising money for that campaign.

A call to Todd Gloria’s cell phone for comment was returned by Nick Serrano, Gloria’s Communications Director in the Assembly who currently serves as campaign manager. Serrano appears to have received a $500 payment from Gloria’s mayor campaign committee in March, as well as $6,500 in payments from Gloria’s 2020 Assembly committee between February and June of this year. Serrano said he would pass the message on to Gloria.

No comments were received from Gloria at the time this story was released.

Candidates do not usually donate money to other candidates running for the same office, but it is not clear if Ward knew whether or not Gloria intended to run for the Assembly before he declared his own candidacy for the same seat.

A message for comment left on Ward’s cell phone was not returned when this story was published.

The California Political Reform Act, which requires the 501 form be filed before raising money, states that knowing or willful violations are misdemeanors, punishable by up to a year in jail and a $1,000 fine. Additionally, a fine of $10,000, or three times the amount which was improperly received, may be assessed.

A violation of the filing requirement may be prosecuted by the California Attorney General, the District Attorney, the elected City Attorney, or through a civil lawsuit called a Private Attorney General action.

Local attorney Cory Briggs, a frequent critic of San Diego’s leadership and a current candidate for City Attorney, refused to comment on the issue so he wouldn’t create a possible conflict of interest.

“The press and the public must remember that everyone is entitled to a presumption of innocence until proven guilty in a court of law,” Briggs said. “If I am elected as City Attorney, this matter could fall within my prosecutorial purview so it would therefore be inappropriate for me to make any comment,” Briggs concluded.