US Government Has Until Next Week to Reunite Thousands of Families 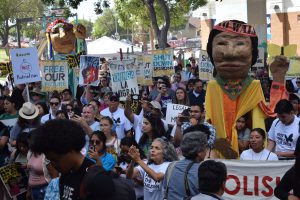 The United States government is working against the clock to comply with a court order stating it must reunite 2,551 immigrant children who were separated from their parents at the border by the deadline set by a San Diego federal court.

Judge Dana Sabraw gave the Trump Administration until Thursday, July 26, to reunite thousands of children ages 5 to 17 who were “unduly” separated from their parents.

After failing to meet the deadline for reuniting the 103 children under five in their custody, the federal government agreed to simplify the reunification process in order to meet the upcoming deadline for the remaining children. To that end, they decided to use DNA tests to determine parent-child relationship only if the parents fail a criminal background investigation or when it is determined that they could pose a danger to the child.

Parents must then go through a 15-minute interview during which they must show they want to be reunited with their child. Barring any issues, the child would then be brought to the parent(s) within 48 hours.

Chris Meekins, a high-ranking official at the Department of Health and Human Services, expressed concern to the court as to the fact that expediting the process could risk the well-being of the child; however, Judge Sabraw rejected the argument, stating that it was beyond the scope of this case.

The Judge granted the petition filed by the American Civil Liberties Union in their lawsuit on behalf of immigrants in this situation, to temporarily halt the deportation of recently-reunited families.

ACLU has identified “over a hundred cases” of parents who have already been repatriated while their children remain in U.S. custody.

While there are no known cases of families who have been deported by the government immediately after reunification, lawyers have taken steps to keep that from happening and give immigrants sufficient time so as to make informed decisions free of pressure.

“The judge once again made clear that the government unconstitutionally took these children away and now must do everything in its power to reunite them safely and by the deadline,”, stated ACLU attorney Lee Gelernt.

The no-deportation order will remain in effect until July 23, and the government will be free to declare their objection to the Judge after said date.

Sabraw has been keeping a close eye on the deadlines and has held two hearings to be updated on the progress prior to the deadline, as well as one more for the day after the government is supposed to have reunited all the families.

The cost of fixing the consequences of the Administration’s ‘zero-tolerance’ policy against undocumented immigrants may be in the several millions. According to Politico, HHS may have spent at least $40 million out of their budget on the care and reunification of these migrant children.

Immigrant rights’ advocates are certain that the lawsuit showed that there was no plan in place to reunite the families that were separated at the border.

“That is what worries us the most,” said Benjamin Prado of the American Friends Service Committee in San Diego.