Reps from Small Cities Walk Out of SANDAG Meeting in Protest

A board meeting of the region's transportation agency continued even after the elected representatives from half of the 18 cities in San Diego County walked out to protest a voting system that disenfranchises small cities, making their point even more conspicuous as the meeting continued without their participation.

SANDAG, the San Diego Association of Governments, is the region's transportation planning agency that develops freeway, road, and public transit plans for the entire county. The SANDAG Board includes one Mayor or Councilmember from each of the 18 cities in the county, an additional member from the City of San Diego, and two County Supervisors.

The SANDAG Board's voting structure allows as few as four representatives with a combined population of at least half of the county to approve any action without the consent of a majority of the cities.

This weighted vote can be called as a second vote to override a motion passed by a simple majority of the representatives of the 19 jurisdictions given the added weight of large jurisdictions based on their population.

The protest this week took place after a motion to select Del Mar Councilwoman Terry Gaasterland as SANDAG Chair failed even after garnering the votes of 10 of the 19 jurisdictions, but totaled only 24% of the combined population. The representatives from Coronado, Del Mar, El Cajon, Escondido, Imperial Beach, Oceanside, Poway, San Marcos, Santee, and Vista voted for the motion, and the other cities and the County's two representatives voted against it

Another motion to select County Board of Supervisor Chair Nora Vargas as Chair of SANDAG passed with 10 of the 19 jurisdictions in favor, but this time totaling 77% of the combined vote, further demonstrating the significance of using the weighted vote structure. 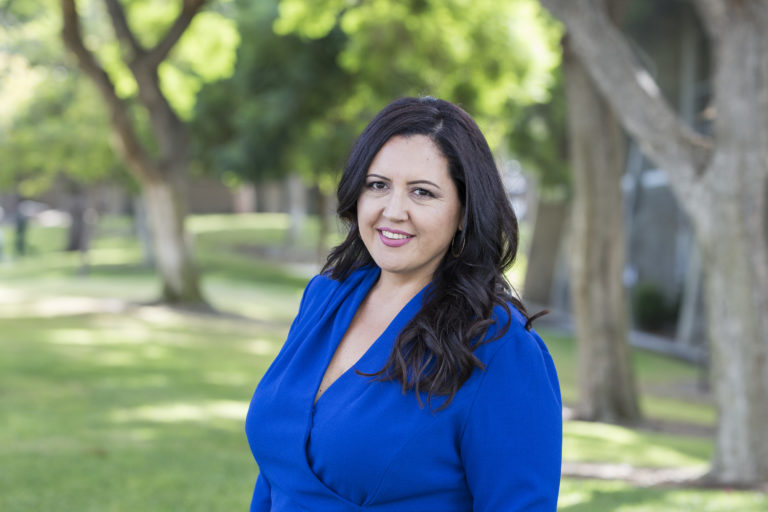 Traditionally, the Vice-Chair of SANDAG usually becomes the Chair the following year, meaning that the two largest jurisdictions will lead the region's planning for the next two years.

The contentious meeting came a week after a group of 10 small cities, led by Del Mar’s Gaasterland, delivered a letter to SANDAG Board members asking for a change in the voting structure to provide more consensus and cooperation among local cities by agreeing not to call for a weighted vote.

"The implementation of the weighted vote system has eliminated input from small and mid-sized cities while reducing board collaboration and public trust in the SANDAG Agency," the joint letter reads.

The representative from Imperial Beach, Councilman Jack Fisher, signed the letter and voted to support the motions for Gaasterland and Vaus, but ultimately changed to support the selection of both Vargas and Elo-Rivera.

The voting structure of SANDAG allowing for a second weighted vote to override a majority vote of the jurisdictions has not always been the way the regional agency has been run throughout its entire 42-year history.

In 2002, Senate Bill 1703, authored by then-State Senator Steve Peace, created a dual voting system where every motion had to pass by both a majority of the membership and a majority of the weighted population. The dual vote forced more cooperation by a larger group of cities, both large and small, to approve regional transportation plans.

Since the creation of the weighted vote override, the City of San Diego, the County, the City of Chula Vista, and National City, all with Democratic majorities, have driven decisions at the SANDAG Board. Smaller rural cities with mostly Republican leaders have complained of being marginalized in regional decisions.

A scandal in 2017 revealed that SANDAG leaders misled the public leading up to the 2016 election where Measure A, a new half-cent sales tax to fund new projects, was rejected by voters. Records later revealed that SANDAG has overestimated the projected $18 billion revenues from Measure A and that staff tried to cover up their involvement from media and the public.

In December 2021, the SANDAG Board adopted a more than $160 billion transportation plan that envisions a 200-mile regional rail system and expanded bus services by 2050, but the funding for the plan has not yet been approved by voters.

Two possible tax revenues for the plan include a per-mile tax based on how many miles each person drives per year, as well as a new half-cent sales tax measure.

The mileage tax proposal was so unpopular that San Diego Mayor Todd Gloria helped remove it from the regional transportation plan before it was approved.

The state passed legislation in 2021 to create a pilot program to test a mileage tax that could be passed on a statewide basis. The program allows volunteers to track their mileage to pay a per-mile tax and receive a refund on gasoline taxes they paid as a model for a future mileage tax scheme.

Last year, a proposed a new half-cent sales tax to fund new projects, including a trolley line to the airport and expanded lines throughout the county, was announced by a coalition of labor unions and environmental groups, but they failed to secure sufficient voter signatures to qualify the measure for the ballot.

The group is planning to gather signatures again to qualify a ballot measure for a 2024 election.

The politics on the SANDAG Board have shifted in recent years with Democrats now controlling major decisions given their dominance on the County Board of Supervisors, and the city councils of San Diego, National City, Chula Vista, and Oceanside.

The selection of cities' representatives to SANDAG have become contentious recently as several cities either blocked their own Mayor from serving on SANDAG and, in one city, deadlocked on making a selection at all, leaving their city with no representative on the regional agency's board.

In National City, newly elected Mayor Ron Morrison was not selected as the representative, and his motion to select new Councilwoman Dita Yamada failed. Instead, the four Democrats on the Council selected newly-elected Councilwoman Luz Molina. Morrison, a registered Independent, was on the City Council last year when he ran for Mayor against incumbent Mayor Alejandra Sotelo Solis and Councilman Jose Rodriguez, and had previously served three terms as Mayor.

Last year, the City of Escondido had no representative on SANDAG after a council majority removed then-Mayor Paul McNamara. In Escondido, like all cities without a charter who operate under state law, only the Mayor can nominate a representative to regional boards like SANDAG. McNamara refused to nominate a councilmember so no representative was sent until this month when newly-elected Mayor Dane White was sent by the Council. White defeated McNamara in the November 2022 election.